Is it because he started as a rough sketch? DC Comics editor Vince Sullivan liked the success of Superman, so he reached out to Bob Kane, who was contributing a number of short humor features to the line, and asked him for a new hero. Kane sketched out a scallop-winged character called The Bat-Man, and at Sullivan’s suggestion brought in writer Bill Finger to assist as his ghostwriter. They relined the character, which would forever be the dark icon of the DC Universe to Superman’s bright image, and launched him in Detective Comics No. 27. Drawing inspiration from The Shadow and other pulps, and from films of the day, Batman would grow in distinctiveness from month to month, acquiring his tragic origin and becoming an enduring star. Generations of creative people have drawn inspiration from those early stories, talking about “taking Batman back to his roots” for their tales, whether told in comics, television shows, movies, or cartoons. There was a simple, pure energy in the work of Kane and his early collaborators that still comes through, decades later. Denny C’Neil and Neal Adams would feel that way crafting their legendary epics in the 1970s, and even Frank Miller, igniting the Dark Age of Comics and the graphic novel explosion, felt that The Dark Knight Returns was capturing what had been implicit in the hero from the beginning. Is it because he’s got a protean quality, which somehow lets him be depicted in very different ways that capture the zeitgeist of the times? No other comic character has been done as well by such a stylistically varied group of artists. Imagine, for a moment, Bob Kane passing the baton to Dick Sprang, who passes it to Carmine Infantine, and the in turn to Neal Adams, Frank Miller, and Jim Lee . . . and so many are omitted from that list. It isn’t only on the printed page that this quality is shown. There’s world of difference between the portrayals of Batman by Adam West in the 1960s television series, director Tim Burton’s macabre vision of Gotham in his films, and the gritty realistic world of Christopher Nolan’s trilogy of 21st-century films. Yet each of the three propelled Batman to being at the peak of American pop culture, each time two decades apart. No other fictional character has captured our imagination this way, much less in such varied depictions. Is it because we could be him? Batman was a more aspirational character than Superman a hero you could theoretically choose to become if tragedy struck your family. Books have been written about the physical training you’d need to undergo to perform his feats, his weapons have been analyzed, and if you have a big enough garage, you can even buy your own Batmobile. 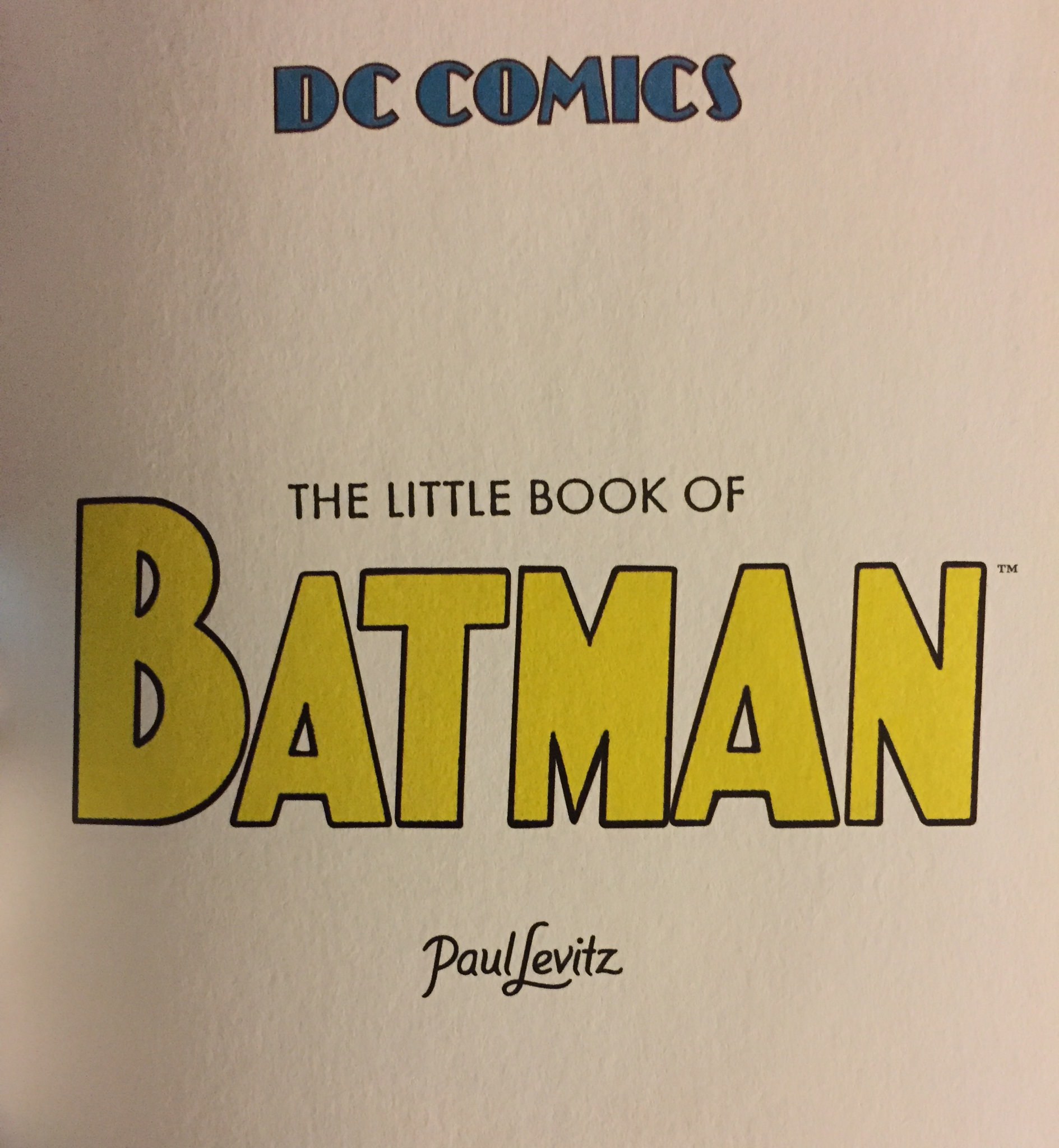 Even toy company research proved this out. When Batman toys were swinging off shelves, young boys consistently pointed to Batman humanity as his most important characteristic. There’s an echo of this in the image, repeated with Michael Keaton and Christian Bale, with comics and cartoons, of the looming figure of our hero hanging off a building precariously at night, declaring, “I’m Batman.” Or is it that we envy his equipment and his enemies? As the first of Burton’s films SO inemorably put it, “Where does he get those wonderful toys’?” For generations, our love of the Batman has led us to build our own Batcaves under the covers, or in our backyards. We’ve bought utility belts to hide our secrets and Batarangs to toss around. No other comic book character has sold so many toys, or provided so many hours of play over so many years. And no other Super Hero has had an array of villains who have endured this long, or scared so many. From his debut in Batman No. 1 in 1940 to his chilling portrayal in The Dark Knight, was there ever a madman who frightened us as much as The Joker?

We love him because we want him to be real, we want a world that has a Batman in it so city streets in the darkest hours of the night will feel safe, a less frightening place for people of good will. We love him because he chose to do the near-impossible, and we admire his choice, his courage, his championing of ordinary people against mundane criminals as well as extraordinary events. Only Batman will watch over us as we come home, exhausted, from a long day of work, walking down a dark and deserted street, and we love him for that.

Paul Levitz from The Little Book of Batman